A Message To The Fans

My friends and fans are
the people who keep me going.
You are a part of my life.
Thank you. 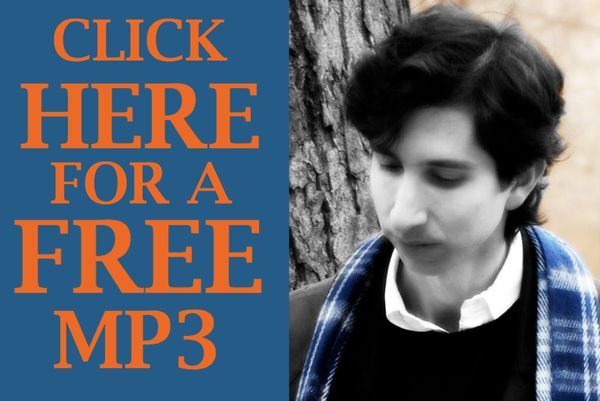 Moving, powerful and, above all, entertaining, “JPB” writes melodic, introspective pop songs that sounds like Billy Joel meets Josh Groban as performed by Willy Wonka! Or as Gordon Nash of Wise Madness said: "He's weird and funny and not quite like anyone else, which is just what I want from my music."

Born and raised in the New York City, Jeffrey started writing music at a young age and was performing frequently by the time he reached high school. Creative and multi-faceted, he read Shakespeare at Oxford University, trained in theater at the British America Drama Academy in London, hung out with some of the most interesting people in the world and graduated with a B.A. from Sarah Lawrence College. After studying as a classical singer and then enjoying a successful career as an actor (Off-Broadway, national tours, indie films), and founding a non-profit organization (Friends of Buck’s Rock), Jeffrey returned to his first love: Music.

In January 2007, Jeffrey released his demo EP “When You Are Free,” which won him songwriting honors from Billboard Magazine and praise from Rock ‘n’ Roll Hall of Fame DJ Joey Reynolds, who said: “These are very clever, bright, intelligent songs. Great writing. Lovely music. It’s wonderful!”

His song “Broken Tomorrow” was a featured track on Neil Young’s “Living With War Today” web site and he was honored by American Songwriter magazine for his song “Never Met Anyone Like You,” a popular addition to his live show that brings down the house.

In 2009, following the passing of Michael Jackson, Jeffrey wrote "Michael (The One And Only)" a tribute song about the profound musical legacy of the King of Pop. The song has been performed at many events, including the MJ Tribute at the Iridium on Broadway, on the Rev. Al Sharpton's “Sharp Talk” radio tribute to Michael and in front of thousands of fans at the "Memorial to Michael" in Harlem. This song is available exclusively through www.ilovejpb.com as a Pay What You Want download with a portion of the profits going to childrens' charities.

In 2010, Jeffrey created a 14 week series of cover songs called “American Idol Response” many of which are online at his youtube web site. The series has over 100,000 views. In the Winter of 2010, he released his first holiday single, "Winter Wonderland," which is available on online and on this web site.

In June 2011, he won Nokia’s BEST SINGER contest and featured in the Nokia “Don’t Fence Me In” ad campaign.

December 2012 saw the release of his second holiday single, "It's Chanukah!" If you are Jewish, or "Jew-Friendly," you will love this JPB original song! The festive holiday music video was funded by his fans via kickstarter, for which he is very appreciative.

The musical "Chutzpah!" book by Rainbow Geffner, with music and lyrics by JPB, was workshopped in NYC in 2014 and 2016, with proceeds from staged readings and then performances going to Camp Del Corazon. Songs from this musical include the ballad “Skyline” and the disco-tinged comedic funk of “Kosher Kink."

A new comedic music video, "Tweetin' Donald," was released in 2019.

Called a “brave artist” by the legendary Nile Rogers, JPB is working on new projects, performances, music and more! He is also in pre-production for a new YouTube series, "The Meaning of Music." 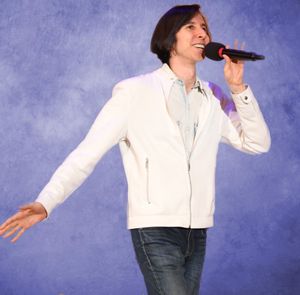